As in all Muslim cultures, hospitality is an almost compelling virtue in Sudan. A foreign guest has good chances of being invited to a Sudanese family.

The greeting As-Salaam Aleikum and a handshake initiate most meetings with a Sudanese. It is polite to at least address at first meeting those who meet with a title, such as the generally respectable uztaz (for men) or uztaza (for women), followed by the first name.

Then you get to know what conversation topics can be appropriate and not get too personal early in an acquaintance. If the person you are talking to belongs to the opposite sex, it is advisable to keep some physical distance, maybe a meter away. A foreign visitor should not display strong feelings in public, and in embarrassing or awkward situations it is advisable to turn your gaze down and avoid direct eye contact.

According to Abbreviationfinder, Sudan’s vast geography and the many ethnic groups and diverse cultures make food management vary within the country. The eating habits have also taken inspiration from outside, not least from the Ottoman (Turkish) empire that brought with them, among other things, peppers and garlic. In the east, the influence of Yemeni and Ethiopian food is noticeable.

Meals are generally taken around a communal tray with bowls from which you eat collectively – traditionally with your right hand. Meat and vegetable pots are scooped up using bread or solidified porridge. Wheat, millet and sorghum are the most common cereals for both bread and porridge. The most common bread, casserole, is baked on sorghum or corn flour.

Soups are included in most meals, such as elmussalammiya which consists of liver, dates, spices and flour. Kawari is cooked on sheep or cook leaves together with vegetables and spices. A common dish is foul, which is cooked on beans and served with accessories such as bread, eggs or vegetables. Gut is also popular, preferably cooked with strong pepper. A meal usually ends with tea or coffee, usually very sweet and brewed with spices such as cardamom, ginger or cinnamon.

Traditionally, Sudanese women cover as much of the body as possible. Outside of the usual clothes, they wrap themselves in a thin, colorful fabric called a tobe, similar to an Indian sari. Men’s traditional attire is a long, white garment called jallabiyah. The head is always covered, usually by a large, white turban. Western clothing is relatively common in the larger cities.

Society is usually strongly gender segregated. Men and women live different lives with carefully regulated tasks. However, among the highly educated in the cities, these rules have started to loosen up.

A marriage is usually the parents’ thing. Even in well-educated families, it is common for a couple not to meet until the wedding. After that, the young couple usually move into the woman’s parents’ home, where they stay at least until they have their first child. Then they set their own living but mostly stay close to their wife’s parents.

According to Countryaah, most festivals are linked to the Muslim faith. Id al-fitr, which ends the fasting month of Ramadan, is, as in all Muslim countries, the most important and joyous weekend, devoted to family gatherings, gifts and good food. The sacrificial feast (id al-adha), when animals are slaughtered, is another great event. Important events within the family are also celebrated, for example when receiving a pilgrim who visited Mecca.

A purely secular weekend is Independence Day on January 1st. 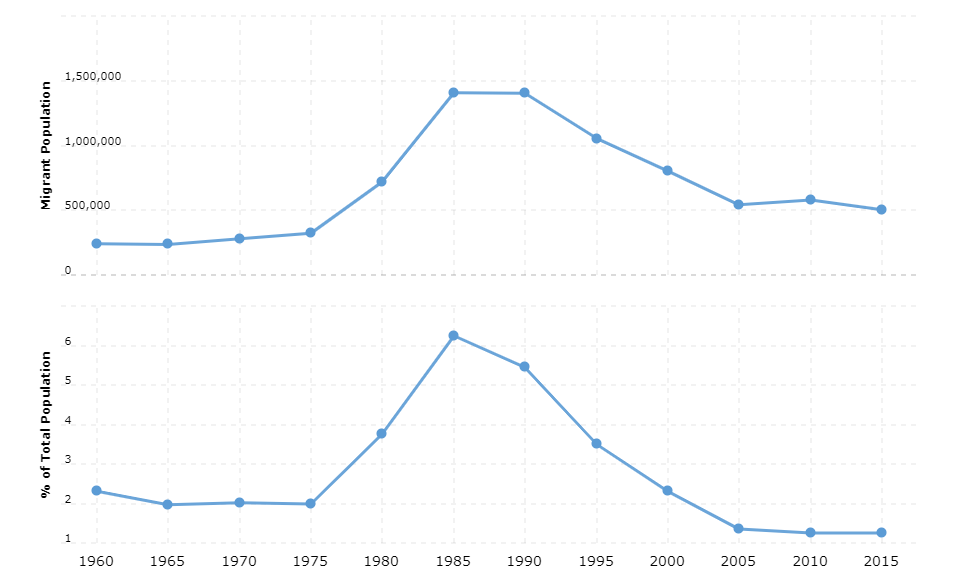 The UN coordinator for humanitarian efforts and the UNDP’s local chief are accused by the government of “insulting” the country and expressing “preconceived opinions” against the government.

ICC investigation of war crimes in Darfur is closed

The ICC chief prosecutor says the court’s investigation into war crimes in Darfur must be closed down, as the UN Security Council has failed to arrest President al-Bashir and three other co-accused. al-Bashir calls the ICC’s decision a victory for Sudan, adding that the Sudanese people refused to kneel before the “colonial court”. In addition to al-Bashir, Sudan’s defense minister, interior minister and a militia leader stood accused.

The organization Transparency International ranks Sudan as the world’s third most corrupt country in 2014.

Unamid is asked to leave Darfur

The Government calls on the AU / UN force to close its human rights office in Khartoum and prepare its exit from Darfur. The government’s relations with the peace force have been strained since the government was accused of preventing Unamid from investigating information about a mass rape in Darfur (see further February 2015).

The Election Commission announces that presidential and parliamentary elections will be held in April 2015.

The UN says nearly seven million people in Sudan are in urgent need of assistance for their livelihood. In Darfur, an additional 300,000 people were evacuated between February and April, while refugees were flowing into the country from South Sudan, where mutual fighting is being fought.

Al-Mahdi is released from detention

The Umma Party’s treason-accused leader Sadiq al-Mahdi (see May 2014) is released, but it is unclear if the prosecution was dropped. It is also unclear whether the Umma Party intends to resume national dialogue with the regime.

The regime is criticized by the United States

According to the United States, the regime has escalated the conflict in the Blue Nile and South Kurdufan by deliberately targeting its armed attacks against the civilian population, including by bombing schools and hospitals.

The same elite force (Rapid Support Forces, RSF) that al-Mahdi should have criticized is stationed around the capital on the orders of the military security service. Nothing is said about its mission. Earlier, the UN force Unamid and the EU ambassador have also expressed concern over the actions of the elite force in Darfur.

Opposition leaders are accused of treason

Sadiq al-Mahdi, leader of the Umma Party, is arrested and charged with treason. Al-Mahdi is said to have “insulted” a military elite by accusing it of abusing the civilian population of Darfur. The Umma Party interrupts its participation in a national dialogue that President al-Bashir is trying to initiate. Al-Mahdi was Sudan’s last democratically elected prime minister and was deposed in 1989 in the military coup that brought al-Bashir to power.

Opposition to the opposition

The government is preventing the newly formed opposition party Movement for Reform now (see December 2013) from holding a meeting. The chair of the party’s student movement is arrested according to party sources. A week later, President al-Bashir issued a decree banning political parties from holding meetings without prior permission.

the 13th of March

President al-Bashir holds the first official meeting with Islamist opposition leader Hassan al-Turabi in 14 years. Al-Turabi was perhaps the most powerful man of the regime during the 1990s (see Modern History).

Two of the rebel group SPLM-N’s top leaders are sentenced to death in their absence: President Malik Agar, former governor of the Blue Nile and presidential candidate in 2010, and Secretary-General Yasir Arman.

Twenty-eight political movements with strongly changing directions form the new Alliance National Movement for Change. The Alliance says it wants to create a debate about the future of Sudan and tear down the walls between secular and Islamic forces.

Representatives of Sudan and South Sudan begin a new attempt at negotiations in Addis Ababa with the AU as mediator. The goal is to resolve the many conflicts between the countries that have been going on for three years and have had serious consequences for over a million people. The AU gives the Sudanese government and the SPLM-N a 30-day time limit to make peace in the Blue Nile and South Kurdufan.

The Red Cross is thrown out

The International Red Cross Committee (ICRC) is suspended from working in Sudan. According to the al-Bashir government, the ICRC “conducted activities that violated its mandate under international law and the agreement with the Sudanese state”. The ICRC has primarily worked to facilitate prisoner exchanges in Darfur, but has also provided humanitarian assistance in troubled areas.