Berlin is not only the capital of Germany, but also the largest city in the country with around 3.6 million inhabitants. It looks back on an eventful history, not least it was a divided city for many years. This is reflected in numerous museums, as well as in many art exhibitions.

Today the city pulsates and offers leisure activities and entertainment for every taste. Berlin is a stronghold for cultural and culinary experiences, home to a large creative community and known far beyond the country’s borders for its nightlife. New stories lurk around every corner of the city.

Below we present you the most exciting tours, the most beautiful attractions and the best sights in Berlin. 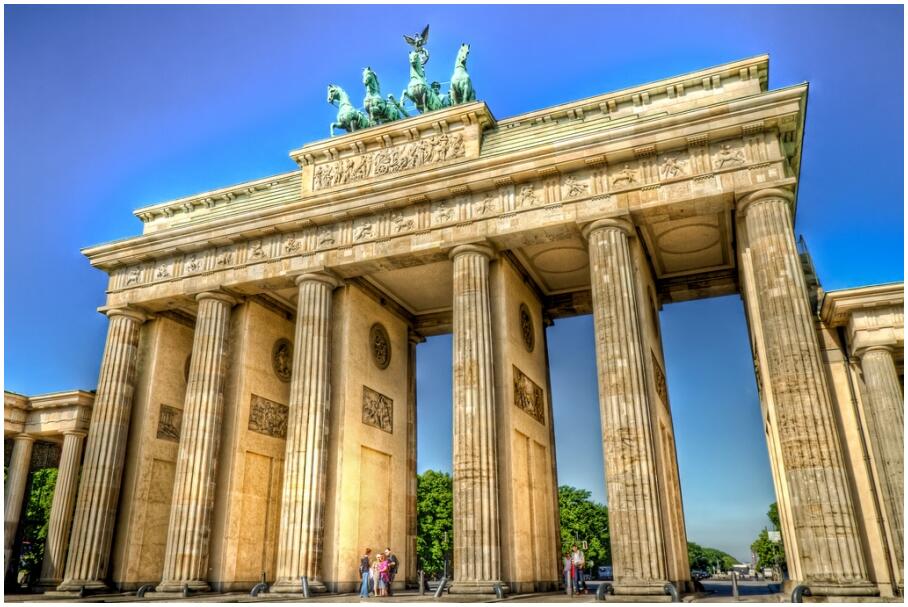 The Reichstag is an imposing building that skilfully combines old and modern. Originally built in 1884, the building was almost destroyed several times before and during World War II. After the reunification of Germany, the building was extensively renovated and the now world-famous glass dome was added. This can be visited daily, the beautiful view over the city is free of charge.

If you want to delve deeper into history and everyday political life, you can join a tour. These take place on a regular basis, and registration takes place online. The extensive green areas in front of the Reichstag invite you to linger. In summer they are a popular picnic spot, not just for tourists.

No visit to Berlin without a photo with the Brandenburg Gate. The city’s most famous landmark is now a symbol of the reunification of Germany. Built around 1790, it was supplemented in 1793 with the Quadriga, the name given to a chariot drawn by four horses. In 1806 Napoleon brought the Quadriga to Paris as a sign of his triumph.

It was not until 1814, after the victory over the French emperor, that it returned to its traditional place, on the roof of the Brandenburg Gate. During the division of Germany, the Brandenburg Gate was exactly on the border. Neither Berliners nor visitors could approach the restricted area. The gate officially reopened on December 22nd, 1989, and the annual New Year’s Eve party has been held here ever since.

The tours of the Berlin underworlds offer a completely different insight. As the name suggests, the participants will be taken underground. The tours are one of the absolute highlights of this city, not only in bad weather.

Participants should have a certain thirst for adventure. But thanks to the large selection of different tours, there is something for every taste. The hidden world, which is often only one door away from the public areas of a subway station, immediately casts its spell on visitors.

Whether air raid shelters, which served as a refuge for the population during World War II, or old test tunnels, history is still alive down here. Thanks to the competent guides, history can be experienced up close and at the latest when the lights are switched off, the guests get an impression of what life underground had to feel like.

During the Cold War and the separation of Germany, the checkpoint was part of the Inner Berlin border. Known from numerous films, it is still a popular photo subject today. The control barrack, plus the corresponding barrier, was rebuilt true to the original. The place is not only a contemporary witness of the Cold War, it was also the scene of numerous desperate attempts to escape.

Some of the often daring escape attempts were successful, but often they failed due to the ingenious border security measures. The story of these desperate attempts is told in an open-air exhibition near the checkpoint. There are various other museums in the vicinity that deal with this dark chapter of history and show it impressively.

With its 368m, the Berlin TV tower is the tallest building in Germany and one of the most famous sights in Berlin. The television tower has towered over the city since the 1960s and was once considered a symbol of socialist strength.

Today the tower at Alexanderplatz is a popular destination. At a height of 203m, the visitor can expect a viewing platform that guarantees a breathtaking view of Berlin. In addition, a bar and a restaurant invite you to linger and enjoy. 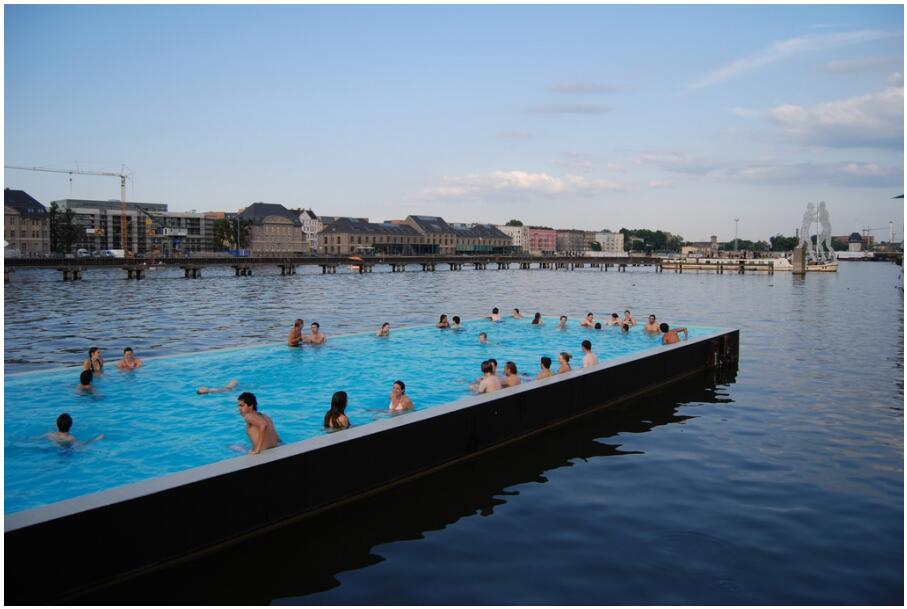 History is not only exhibited here, the museum invites you to experience history. The visitors immerse themselves in the past with all their senses. Be it a simulation drive in a satellite or exploring a prefabricated apartment, the visitors are always right in the thick of it.

Everyday life in the GDR is told on over 1000 square meters and thanks to the many interactive installations, the museum is an experience for the whole family. There are always special exhibitions that present the individual areas in the life of GDR citizens in greater depth.

The Kaufhaus des Westens, or KaDeWE for short, is the largest department store on the European mainland. With a good 60,000 square meters, it invites you to an extensive shopping experience. For more than 100 years, Germany’s most famous department store has been offering luxury items and high-quality food in particular. It is frequented by around 40,000 visitors every day.

Even if you are not looking for something in particular, a visit is always worthwhile. It’s easy to get lost here and some people may stay longer than planned. The delicatessen department on the 6th floor is particularly worth seeing. In addition to delicacies from all over the world, numerous restaurants and cafes await visitors here.

8. Shipping on the Spree

A boat trip on the Spree is a relaxing way to discover the city. For around 2.5 hours it goes through the middle of Berlin, past well-known sights such as the Museum Island or the Berlin Cathedral. The leisurely journey first goes through the middle of the historic city center, before the government district and with it the Reichstag comes into view.

During the entire journey, passengers are provided with information about what they have just seen and one or two funny anecdotes should not be missing. In addition, numerous special trips are offered, the program varies depending on the season.

Prenzlauer Berg belongs to the Pankow district, one of 12 districts in Berlin. Prenzlauer Berg was once a notorious quarter that was mostly inhabited by workers. Nowadays the composition has changed drastically, it is now one of the hippest neighborhoods in town. If you feel like strolling around aimlessly, this is the right place for you.

The old buildings with numerous restaurants and bars invite you to stroll and linger. A visit to Bernauer Strasse and the Berlin Wall Memorial is a must. Here is, among other things, the last completely preserved piece of the wall that divided Berlin into two halves for so many years.

The Hackesche Höfe are in the Spandau suburb, but the name is deceptive. The so-called suburb has long been part of Berlin’s inner city and is not only a tourist magnet, but also popular with the trendy crowd. Originally the Scheunenviertel was used to store hay and straw. Today the imposing buildings with Art Nouveau facades accommodate a multitude of small shops and bars and invite you to discover and linger.

At the weekend, night turns into day. A new starting scene has emerged around the Hackesche Höfe. Unlike other major European cities, Berlin has no curfew. Some of the clubs are open well into the morning. The well-developed local transport brings night owls safely home at any time. 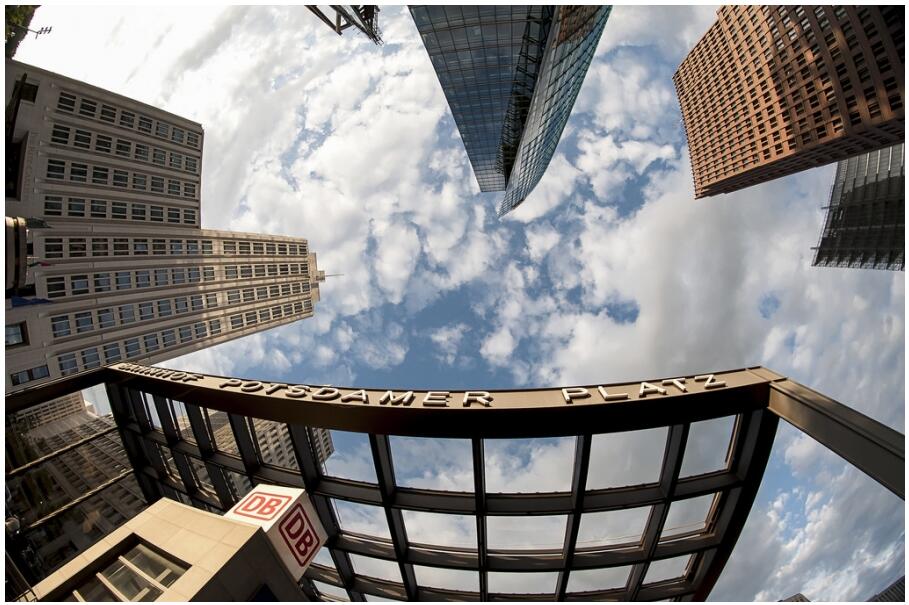