In Mauritania, several peoples and cultures live side by side. The nomadic lifestyle has largely disappeared, but it lives on in the traditions of many Mauritanian families. Virtually all Mauritanian people are Muslims and follow Islamic living rules.

The lunch is the most important goal of the day. Then fish or a vegetable stew with rice is often eaten. For dinner, Mauretanians often eat couscous. Other common dishes are mechoui (grilled lamb), dates, fishballs, dried fish and dried meat. Popular drinks are zrig, which is goat soft mixed with sugar, and sweet arabic mint tea. Alcohol is prohibited from drinking according to Muslim beliefs.

The urban population often has western clothing. Traditionally, women wear a melhfa, which is a long piece of fabric that is wrapped around the body from head to foot. The men wear a daraa, a kind of loose-fitting, bag-like fabric jock, along with pants. Men often wear a long cloth strip like shawl or turban, and it often covers their face.

Younger people should treat the elderly with respect, treat them correctly and avoid loud conversations and overly emotional expressions.

According to Abbreviationfinder, all Muslim holidays are public holidays. The feasts include Prophet Muhammad’s birthday (mouloud), Prophet Muhammad’s ascension (leiat al-mayj), the end of the fasting month of Ramadan (id al-fitr), the celebration of Abraham’s atoning sacrifice (id al-adha), and the Muslim New Year. The days on which Muslim holidays coincide vary from year to year depending on the Muslim calendar.

According to Countryaah, secular national holidays are New Year’s Day on January 1, International Labor Day on May 1, African Freedom Day on May 25 (the date on which the African Union’s predecessor African Unity Organization OAU was founded in 1963), the Armed Forces Day on July 10, and Independence Day on November 28 (the day when Mauritania became independent in 1960). 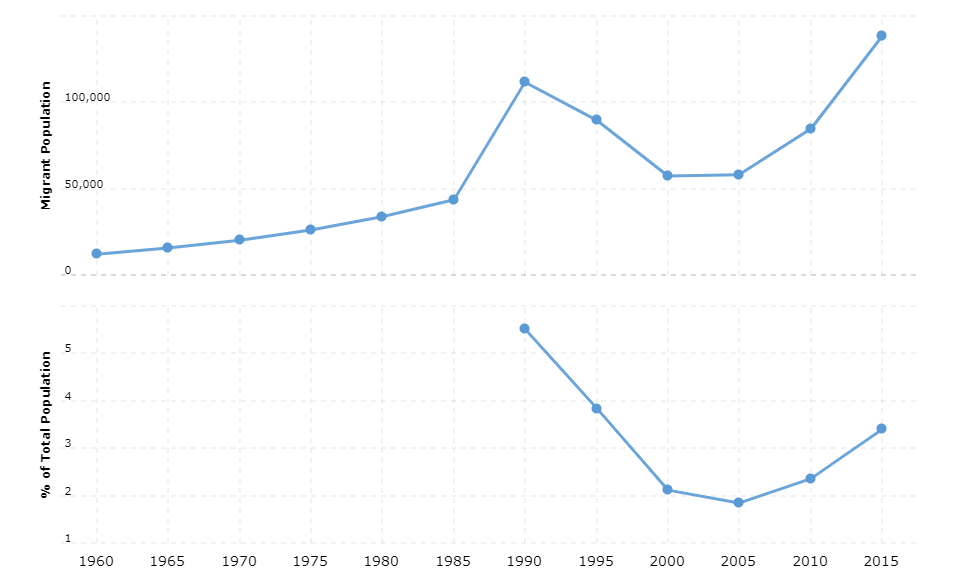 For the first time since Mauritania became independent in 1960, a death sentence for blasphemy was announced. 28-year-old blogger Mohamed Cheikh Ould Mohamed M’khaitir is convicted of questioning some of Prophet Muhammad’s decision in an article published anonymously online in January. M’khaitir has been detained ever since.

The authorities strike against activists who fight slavery and seize several leaders of the IRA-Mauritaine (Initiative pour la Résurgence du Mouvement Abolitionniste en Mauritanie) organization. Among those arrested is Ould Abeid, who was presidential candidate in the June elections. The arrests have drawn sharp criticism from, for example, the European Parliament and Amnesty International.

The contagious viral disease ebola that ravages in several West African countries causes the authorities to decide that anyone crossing the Mali and Senegal borders should be controlled and that the borders should be closed at night.

Authorities prohibit a meeting planned by the black movement Flam (Forces de Libération des Africains de Mauritaine). In the 1980s, Flam’s leadership was forced to go underground or in exile, but leader Samba Thiam returned from the United States in 2012 with the intention of forming a political party.

The President takes up a new term of office

President Abdelaziz formally enters his second term, in a ceremony in Nouakchott attended by a number of West African leaders.

President Mohammed Ould Abdelaziz is re-elected with 82 percent of the vote. In second place comes the anti-slavery activist Biram Ould Dah Ould Abeid with just under 9 percent. The turnout is stated to be 56 percent. The election is conducted under calm conditions.

The opposition is boycotting the presidential election

The “radical” opposition within the FNDU / COD alliance (see Political system) decides to boycott the presidential election in June. The leaders accuse the government of not wanting to participate in the promised dialogue. The Constitutional Court approves four counter-candidates to President Abdelaziz: two opposition politicians, a female news agency head and an anti-slavery activist.

Authorities are announcing that presidential elections will be held on June 21. President Abdelaziz is the first to announce his candidacy. Representatives of the government and the opposition are planning discussions on how to organize the election.

Mauritania together with Burkina Faso, Mali, Niger and Chad form the new organization G5 Sahel. The purpose of the organization is to strengthen cooperation on development and security in the Sahel region. The headquarters is located in Nouakchott.

The capital gets its first female mayor, economist Maty Mint Hamady. She represents the UPR government party and was minister of public service in the last government.

Police use tear gas to disperse a group of members of human rights organizations gathered to honor the memory of hundreds of blacks who were killed in violence in 1989-1992.

Mauritania and Mali agree on increased military cooperation and the exchange of information in the fight against armed terrorists.