The epic poetry of the motherland did not have the splendor of oriental production: it stood in more arid and narrower terrain; it responded to the modest living conditions that were typical of the Greek continent. The main representative of it was Hesiod: whose name is linked a number of works (preserved only in part), which make him appear as a leader, as the initiator of a tradition and a poetic technique, similar to by Homer. The person of Hesiod, however, is not, from the historical point of view, as evanescent as that of Homer. And it is not so evanescent, for two reasons that are connected with each other: first of all because he belongs to a later age, having certainly lived towards the end of the century. VIII, around 700 BC. C.; and then because he no longer allows himself to be absorbed by the spells of the imagination, but instead leans towards reflection. It has no purely ideal aspirations; look at the practical and material aspect of life; he talks about himself and his personal stories. His family, from Aeolian Cume, on the coasts of Asia Minor, had returned to the continent, settling in Ascra, a small agricultural village in Boeotia, at the foot of Helicon (the sacred mountain to the Muses). Here Hesiod cultivated the goods inherited from his father; and at the same time he practiced the art of rhapsode: an art that had evidently already spread in the motherland and led him, like the Ionian singers, like the Homerids, to attend the public ceremonies of the surrounding villages, taking (in competition with other competitors) the songs of the epic tradition. It is remarkable that, although Hesiod was of Aeolian origin, settled in Aeolian territory, nevertheless his production, under the technical aspect of the dialect, of the verse, of the phrasebook, etc., is typically Ionic and Homeric. This confirms (even if it were necessary) the posteriority of Hesiod compared to Homer: that is, it shows us that the Ionian epic, grafted on the Aeolian roots, had by now given its maximum flower and, spreading, assumed a position of absolute domination.

As a rhapsodist, as a singer of gods and heroes, Hesiod looked, or had to look, towards the sky; as a farmer, he was tied to the land. His poetry seems to reconcile and balance this double condition. In fact, it never rises to the highest peaks; it is usually held at a median level. And since indeed the intellectual dispositions, not only his own, but of his times and his country, tended to descend to the practical and ordinary side of life, therefore Hesiod was able to express in verse the fruits not only of the imagination but of thought, the results experience, moral, religious and economic teachings. He was essentially a didactic poet, in the non-rhetorical but real sense of the word.

In fact, he composed among other things The works and the days ; which are the most direct and recognizable emanation of his personality. This poem, although written in the dialect, verse and phrasebook of the epic, deals with a humbly didactic and subjective topic: it starts from the author’s private events and interests, to carry out a wide series of precepts on the usefulness of work, housekeeping, agriculture and maritime trade. That is, it deals with everything that intensely occupied the practical life of Hesiod and the contemporary Greeks. The historical period that goes from the century. VIII to VII a. C. is not only a time of change in intellectual dispositions, but of social and economic crisis, especially in mainland Greece: the great enterprises of war ceased, the flashes of heroic deeds attenuated, they tried to find the means of existence from the land and the sea (also swarming in search of new colonies in the West). All this is reflected in the conception of The works and the days, which is materialized and inspired by the gloomy conflict between poverty and work. But the same practical, reflexive, didactic inclinations are expressed in the other compositions, of epic content, which constituted the main activity of the poet of Ascra: in Theogony, in the Shield of Heracles, in the Catalog of women, in the Aeias: poems which with greater or lesser certainty are attributed to Hesiod; and in any case they are expressive of his school and manner: since Hesiod’s example gave rise to an abundant production of analogous works, catalogic, genealogical and cosmogonic poems, on the origin of the world, on divinities, on heroes and on heroines, and then also on the dynasties of princes. The main purpose and character of this production (as appears above all from its most genuine model, which is the Theogony) consists in giving order and system to the theological or mythological patrimony, subjecting it to the first requirements of doctrinal or historical curiosity. Hence, it is the identical purpose and character that we noted in the epic cycle. 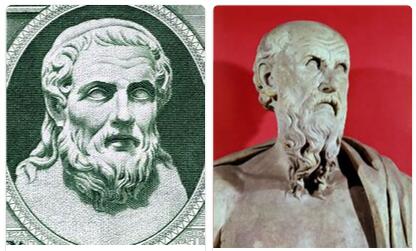