Customs and traditions vary between different regions and people groups in Eritrea. There are cultural divides mainly between Christian residents of the highlands and Muslims in the lowlands.

At the same time, the Italian colonial era and the long liberation war have helped to create a common Eritrean identity that many are guarding. Despite the difficult living conditions, many feel proud of their country.

Culturally, Eritreans in the highlands have much in common with the residents of the Ethiopian highlands. The Lowland people share customs and traditions with neighbors on the other side of the border with both Ethiopia, Djibouti and Sudan. In general, education and occupation give status, which creates a relatively large opportunity for social mobility. Respect for the elderly is important.

According to Abbreviationfinder, Eritreans only use first names. The second name that looks like our last name is in fact the father’s first name. Whoever wants to be formal adds ato (sir) before a man’s first name and weizero (wife) before a woman’s name.

In a conversation you can conveniently inquire about how the opposing party’s family is doing. You can also ask which village an Eritrean comes from – virtually everyone identifies with a village even though they never set foot there. Among those to avoid discussing at all are the strained relations with Ethiopia.

When greeting you usually shake hands, especially in the highlands, and at the same time say the greeting salaam (peace). Sometimes you can easily touch the counterparty’s right shoulder during the handshake. War veterans – and they are many – have a special way of greeting: they hold each other’s right hands and disappoint each other with their shoulder three times. It is considered proof of great friendship. Especially in the cities, there are also hugs and light cheeks, even between men and women. Muslims often kiss each other’s right hands.

Men and boys who are friends often perform hand in hand. Eritreans are generally more used to close physical contact than Westerners, and are often closer to each other when they speak. However, seeing an unknown person in the eyes can be seen as disrespectful. Only the right hand is used for eating and gesturing. It is considered unfair to point to a person. If you press your fingers you show that you agree.

It is advantageous for a meeting to arrive in time, although it may prove that you have to wait for the Eritrean to meet. Foreigners are expected to be punctual. It is important to greet everyone if you enter a room, even if a meeting is already in progress.

A guest is always invited for coffee, which is served according to a special ceremony and during conversation. Raw coffee beans should be roasted over glowing charcoal and then ground into mortar. Then the coffee is slowly cooked before it is poured into minimal cups and served with a lot of sugar. Popcorn is often served with coffee – salty or sweet. The process of roasting, grinding, brewing and enjoying takes over an hour. Whoever politely declines coffee is offered tea instead.

Before a meal, a dish or mug of water is often worn for hand washing. You wash both hands or just the right hand. It is common for children and adults to eat separately from each other, at least in the highlands. At the start of the meal, the eldest man takes a piece of bread, blesses it and then gives a piece to everyone present. Eating is done from a common dish which is placed on a low table. You use your right hand and take food that is directly in front of yourself on the dish. It is considered a kind gesture if you scoop up food and put it in the mouth of someone else at the table.

The cuisine is varied and very similar to that in Ethiopia. What you eat depends largely on the availability of raw materials. If you have chicken, goat, lamb or beef you can eat it, cooked with onions, garlic, chili pepper and other spices. Shuro is a spicy chickpea puree. Lens pots are also common. The sour, pancake-like bread injera, which here is also called taitah, is a common accessory to spicy dishes. The strength comes from the hot spice mix berber. Honey wine, tea, is a common drink. The Italian heritage is reminiscent of cities, where pasta is popular.

Eritreans belonging to the Orthodox Church do not eat meat or milk products on Wednesdays and Fridays.

Western attire is common. Women and girls can also wear pants. In the highlands, women often wear a white cotton dress with woven edge, or blouse and skirt with matching shawls. The men wear long-sleeved white shirt that reaches to their knees, over white pants. Muslim men wear a long shirt, jalabiya, and embroidered headgear. The women have a piece of fabric, the cap, which covers the dress.

In the office context, both men and women are expected to have comprehensive clothing that does not leave too much skin bare. At the same time, the clothing style is not very strict, it often goes well without jacket and tie.

The most important national holidays all relate to the liberation war of 1962-1991. Most important is Independence Day on May 24, when the March of Asmara 1991 is celebrated (see Modern History). For a whole week you celebrate with music, entertainment and festivities. On the day of the martyrs on June 20, people who died in battle for the country are remembered. The start of the liberation war is celebrated on September 1, in remembrance of an attack on the 1961 Ethiopian military.

Attention is paid to both Christian and Muslim holidays. The Christians celebrate Christmas and Easter and the thirteenth day, which here mainly celebrates the baptism of Jesus. In September, Meskel falls, as the Orthodox celebrate that Saint Helena in the 300s found the true cross.

According to Countryaah, the Muslims celebrate the birthday of the Prophet id al-fitr who ends the fasting month of Ramadan, as well as the sacrificial feast id al-adha which celebrates Abraham’s willingness to sacrifice his son to God. The Muslim weekends follow the lunar calendar and fall on different dates from year to year.

New Year’s Day on January 1 is a holiday, as is the International Women’s Day on March 8 and the Workers’ Day on May 1. 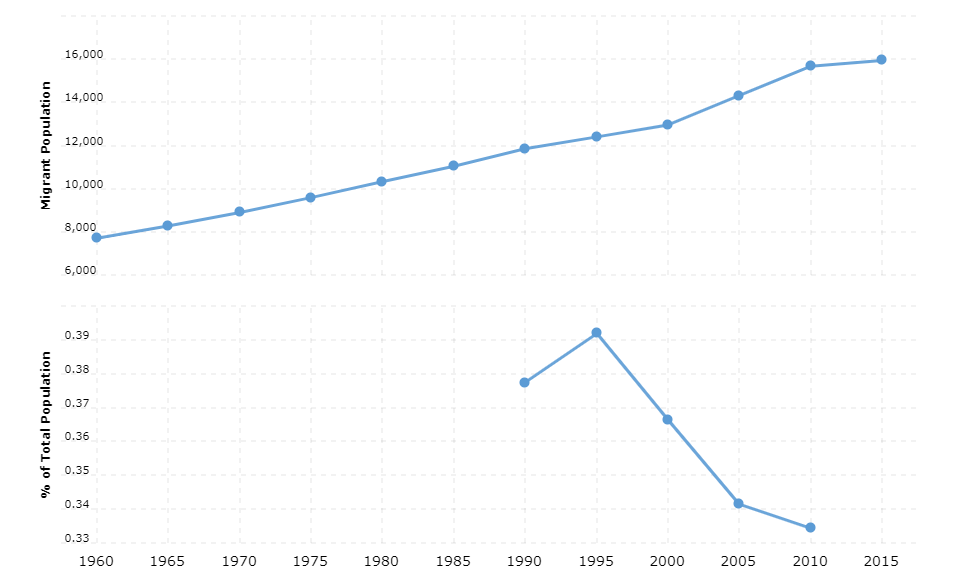 War through agents in Somalia

Full war breaks out in Somalia, where Eritrea, through the Islamist rebels, is indirectly positioned against Ethiopia as formally and actively supporting the transitional government.

A UN report states that Eritrea is one of seven countries that have provided Islamic rebels (the so-called Islamic Courts, SSICC) in Somalia with weapons and supplies. Eritrea denies.