According to Abbreviationfinder, Djibouti’s two large groups of Issa and Afar are traditionally nomadic people and the country’s customs and customs are thus characterized by the shepherd culture. A rapid move into the cities means that more and more residents are now influenced by Western European influences.

Both ice cream and aphas hold on to personal privacy. Older people are treated with respect.

Unlike in many other Muslim cultures, Djiboutian women do not wear veils. African women wearing headscarf. In cities, the style of clothing is influenced by it in Europe and the United States. In rural areas, the upholstery is more adapted to local conditions.

The food often consists of different stews which are combined with meat and milk products from goat, sheep, camel and cattle. For everyday use, mainly dishes based on goat and sheep meat are served. Camel and beef are saved for more solemn occasions.

In the cities, the food influences from southern Europe are clear. A local dish is burri, a kind of porridge made on papyrus root. A delicacy is a flat wheat flour bread dipped in a sauce made of ghee butter (a kind of sliced ​​butter). According to Muslim custom, the Djibouti do not eat pork or drink alcohol.

In the Afars, the left hand is considered dirty. Therefore, you should not eat with your left hand. Greetings are made with the right hand, as well as gifts.

Sharing a glass of milk means in the Afars that you bond with each other.

The most important holiday is National Day on June 27, which celebrates Djibouti’s independence from colonial power France. Other holidays are Christmas Day, New Year’s Eve, New Year’s Day and International Labor Day on May 1st.

According to Countryaah, Muslim holidays follow the phases of the moon so the dates for the following weekends vary: mouloud (celebrating Prophet Mohammed’s birth), isra and miraj (paying attention to two trips the Prophet Mohammed made one night in 620), id al-fitr (end of fasting month of Ramadan), id al- adha (celebrated one day after Muslim pilgrims returned from the annual pilgrimage to Mecca, hajj) as well as the Muslim New Year. 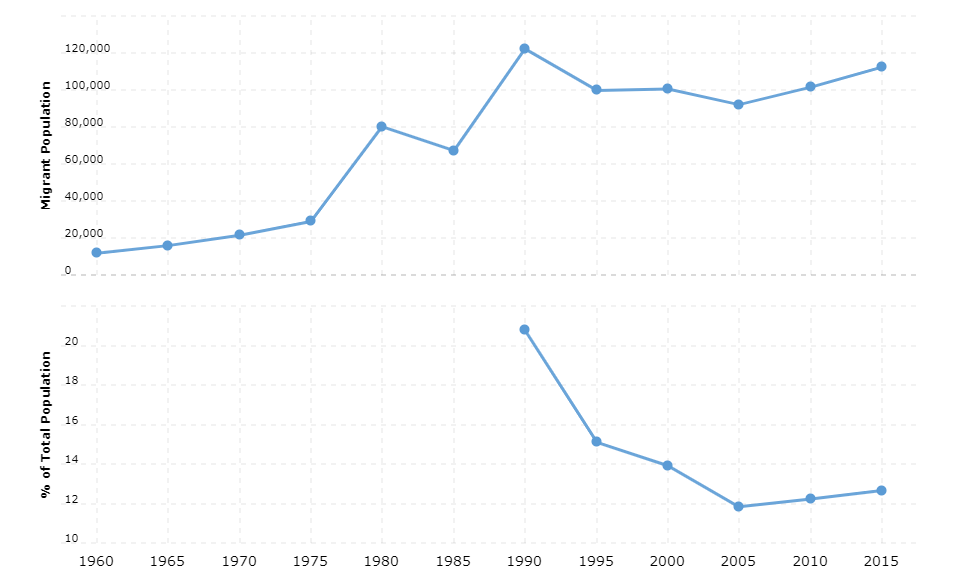 Many dead when the police disperse crowds

At least seven civilians are killed and dozens injured when police disperse a crowd carrying out a religious ceremony on the outskirts of the capital. According to the government, the police were attacked by armed participants at the memorial ceremony over a religious leader. Spokesmen for the opposition alliance USN claim 19 people are killed.

China will build fleet base in Djibouti

The Djiboutian government announces that China has been allowed to build a naval base in the country.

Djibouti and 25 other countries agree on a new free trade agreement, the Tripartite Free Trade Area, which covers most of Africa from Egypt in the north to South Africa in the south. However, before the agreement can come into force, negotiations are required and the agreement is approved by the parliaments of the countries.

President Guelleh and Ethiopian Prime Minister Hailemariam Desalegn attend a ceremony as the new 75-mile-long railway between the country’s capitals is inaugurated. The railway, which was built with Chinese financing, will be commissioned in October 2015 and will shorten the transport time from two days by road to less than ten hours.

The opposition disappointed at the settlement

The opposition alliance USN says that the deal with the government which meant that the opposition took its seats in the national assembly in December 2014 has now reached a “deadlock”, as nothing has happened in almost six months on democratic reforms and the establishment of an independent electoral commission. USN leader Ahmed Youssof Houmed requests that a third party be engaged to mediate.