Prior to the conflict that broke out in 2012, the interaction between the country’s people groups was usually relaxed, although there was a historical contradiction between the river peoples in the south and the savanna peoples further north. Equality is a widespread ideal, but like other peoples, Central Africans can be divided into different walks of life. Social classes are based on where you live and what you work with. The upper class consists of people in the cities who possess power, are well-off or have a high education. The middle class is largely made up of people with formal employment as well as traders, among them many Muslims. The largest group is all others, ie farmers and those who support themselves in the informal economy as well as the unemployed.

According to Abbreviationfinder, Central Africans greet each other by shaking hands, usually every time they meet. When they hang out, the Central Africans usually sit closer to each other than we are used to in Sweden. It is also common to touch each other. Having eye contact is important, but it is good to be aware of whether it is troublesome for some.

You can talk about most things, but choosing the right opportunity is important. When you, as a visitor, meet someone for the first time, it is good to start by asking about that person’s family. Later you can talk about the country, about business and politics and more.

Although most speak French, which is the official language, it is appreciated if a visitor can say a few words in the Central African language sango.

To openly show their feelings is common and accepted, except when it comes to anger. Showing anger in public is seen as a weakness.

Although Central Africans are not so formal, as a foreigner you should address a person you first meet with you (vous in French) and use the person’s last name. Central Africans usually dress simply but correctly in well-ironed cotton clothing. At meetings and workplaces, a foreign visitor should also dress well and avoid t-shirts, shorts and sandals.

In workplaces, it is common for employees to be absent for one or more days, mainly due to family matters such as sick parents, a funeral home or the renewal of a document. Traveling in the country can take a long time, as do cases on authorities.

Punctuality is not so important, but for a foreigner it is still good to arrive in time for meetings. Many Central Africans wait patiently for delayed transport or for important people to show up at the meeting. Often you can wait for at least an hour for these people, but when they arrive they usually stay committed and give of their time. Meetings often begin when enough of those considered important for the gathering have arrived.

In the Central African Republic, business is usually not done by strangers. In order to create trust, you should get to know each other personally before you can enter into business relationships. In general, it is preferable to communicate eye to eye instead of emailing or talking on the phone.

Bringing small gifts is an African custom that a foreigner should also follow. This applies to business acquaintances as well as the host or hostess as well as the children in the family at private invitations.

In the Central African Republic, people often eat with their hands, but those who are not used to it are usually offered cutlery. You usually sit on a mat, and everyone eats from the same food bowls. You make sure to wash your hands before a meal and only use your right hand to eat. (Left used for toilet visits).

The main ingredients in Central African cuisine are cooking bananas, cassava, sorghum and peanuts. From the cassava root or cereal sorghum, you make a kind of porridge, which is eaten together with vegetables, chicken, meat or fish, depending on the occasion and what you can afford. Liquor is also produced from cassava or sorghum. Chickens and goats are used as home gifts, gifts and are sometimes sold. You also eat some game meat.

The country’s restaurants are mostly visited by foreigners and by more affluent central Africans. More people buy food at the small stands that are along roads and streets and where women sell the fried bread makara, sandwiches, grilled meat and more. In cities, coffee or tea is often consumed with sugar and condensed milk.

According to Countryaah, Central Africans celebrate Christmas, New Year and even various African religious holidays depending on which religion they belong to. Many ethnic groups organize so-called initiation parties to celebrate that young people are becoming adults. Ceremonial dances and songs are often performed at such a party. They also serve special food that is not prepared on other occasions.

The rivers are important transport routes. Particularly important is the river Ubangi on which a large part of freight and passenger traffic goes, especially to neighboring countries Congo-Brazzaville and Congo-Kinshasa. During the dry season, Ubangi cannot be used for commercial traffic.

There are about 2,500 km of country road, but only about 75 km are paved. Many roads are only navigable during the dry season. The EU, Japan and the African Development Bank have financed the renovation of the road between the capital Bangui and the port of Doula in Cameroon. The EU has also funded a road construction between Bouar in the west to Garoua Boulai in Cameroon. Railway is missing.

The country has an international airport in Mpoko, just outside Bangui. About thirty smaller airfields are available for domestic traffic. 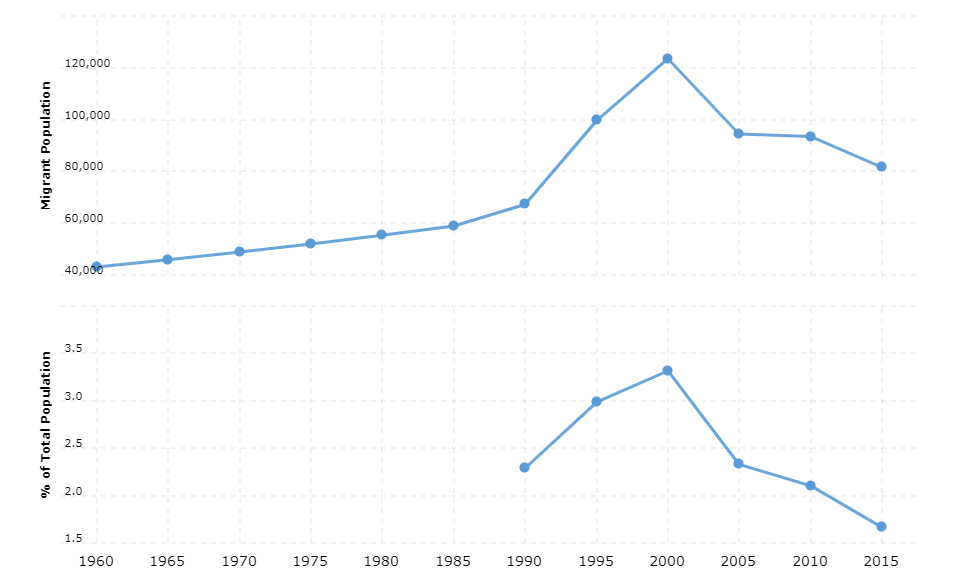 In the peace talks between the government and the rebel groups, President Bozizé promises to set up a unity government.

Soldiers and rebels are granted amnesty

Parliament adopts a law that gives amnesty to both government soldiers and rebels.

New peace agreement between the government and rebel groups

The government concludes new peace agreements with APRD and UFDR.

The Ugandan rebel movement The Lord’s Liberation Army (LRA) is reported to have acquired bases in the Central African Republic.